Dan Reynolds, a third generation Las Vegas native, is lead singer for the Grammy-winning band Imagine Dragons.  Born to a family of nine children, Dan grew up writing and recording music before beginning his studies at Brigham Young University and later UNLV.  Dan left his schooling to form Imagine Dragons, which had its start making ends meet playing casinos and bars in Las Vegas.
The band has since sold over 12 million albums and 35 million singles worldwide.  Having publicly expressed his concern for the rising suicide rate in LGBTQ+ youth, Dan founded the LOVELOUD Foundation in 2017 to bring awareness to the growing crisis. Its mission is the bring communities and families together to help ignite the vital conversation of what it means to unconditionally love LGBTQ+ youth.

Last year, Reynolds filmed BELIEVER, a documentary featuring the story of Reynolds coming to a crossroads when he witnesses fellow members of the Mormon church spurned due to their sexual orientation.  Since 2008, teen suicide rates in Utah have skyrocketed, which many people attribute to the Mormon church’s official stance regarding same-sex relationships.  Director Don Argott follows Dan and openly gay former Mormon Tyler Glenn, lead singer of Neon Trees, as they decide to create LOVELOUD, a music and spoken-word festival designed to spark dialogue between the church and members of the LGBTQ+ community. Believer will premiere on HBO on June 25. LOVELOUD returns to Salt Lake City on July 28th.
The Gay and Lesbian Community Center of Southern Nevada will honor Imagine Dragons with their Allies of the Year award at the 25th Anniversary Honorarium on October 6th at Red Rock Hotel & Casino. 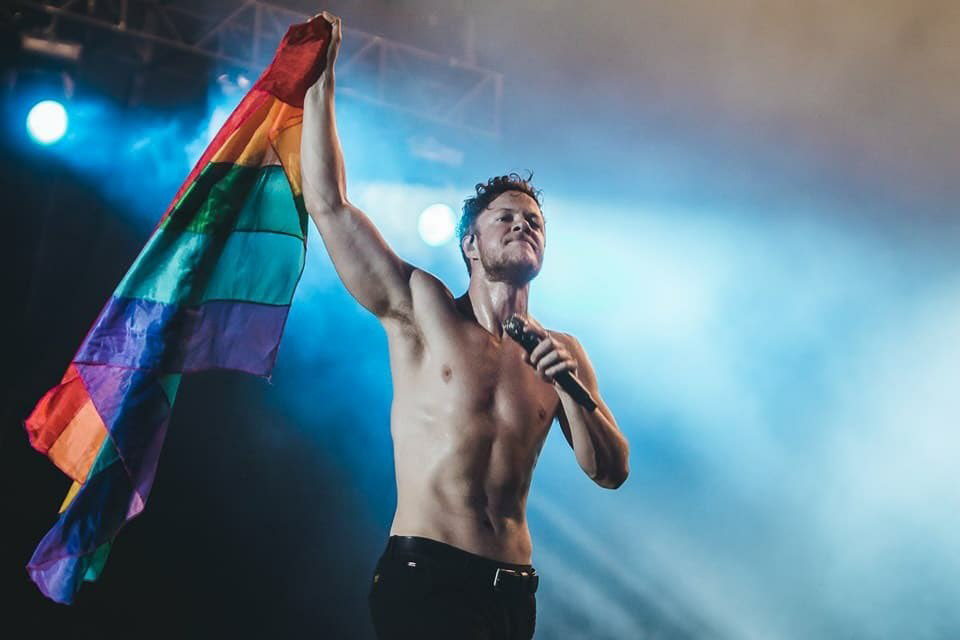