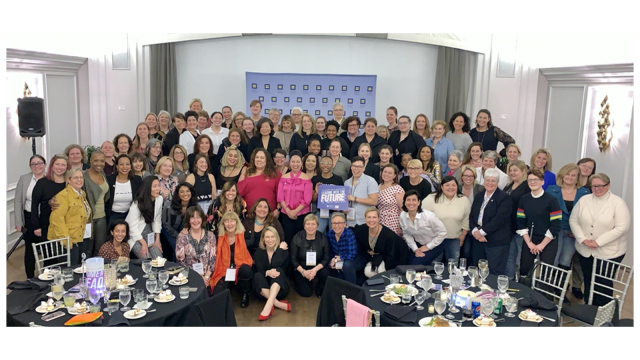 Launched in advance of the 2018 midterms, HRC’s Women LEAD initiative brings together members of our HRC family from across the country to strengthen and elevate the impact of women and all marginalized genders in the HRC community.

This year, in advance of the most pivotal election of our lifetimes, HRC held its first Women LEAD summit to gather a national community of LEADers for a series of trainings, workshops and community building.

“HRC Women LEAD launched in advance of the 2018 midterms because we knew when women organize, advocate and lead - we all win. And it'll be because of women that we see a similar force for change in 2020 and beyond,” explained HRC’s Development Director Maya Rao. “The timing of the inaugural HRC Women LEAD Summit was intentional. We wanted to kick off the new year and 2020 alongside the women who are championing equality in their communities across the country."

“From city government to national office, pro-equality women are running for office at all levels across the country, and it is mission critical to support these HRC endorsed candidates,” said McBride. “The inaugural HRC Women LEAD Summit highlighted the importance of women in elected office and provided the tools and resources necessary to support women candidates up and down the ballot.”

HRC Legal Director Sarah Warbelow led a session on how HRC is working to combat attacks on LGBTQ equality at home and around the world through legislatures and the courts.The summit also featured a panel on how best to support to support transgender youth and strategies for cultivating greater acceptance and inclusion for transgender children led by Ellen Kahn, HRC’s Senior Director of Programs and Partnerships.

Participants left the weekend firmly rooted in the HRC community with new tools in their path to personal leadership and advocacy.

The stakes are higher than ever before, and HRC Women LEAD is a concentrated effort to engage and activate equality-minded folks to take up the fight for inclusive LGBTQ equality with renewed energy and force. At this pivotal moment in history, women and people across marginalized genders and of all backgrounds are coming together more than ever to unify their voices for change.