Interview with Esther Godoy of “Butch is Not a Dirty Word”

“Butch is Not a Dirty Word” is the world’s only print magazine dedicated to butch identity, visibility, and voice. They print photographs and tell the stories of a diverse range of butch identifying folks from all over the globe. Each issue focuses thematically on a different topic, from love and sex, family, work, intergenerational stories, and beyond.

The publication started in Melbourne, Australia and has since grown to be an international sensation. Since issue one, they have photographed over 100 butches from over 12 countries all over the world.

I spoke with their founder Esther Godoy to learn more about the project. 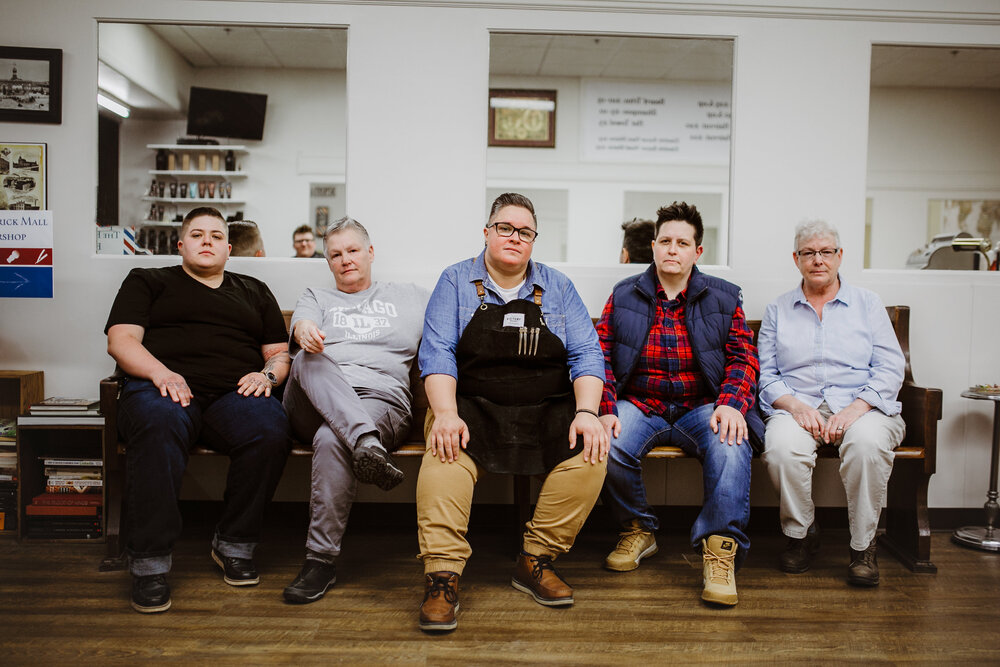 One thing your magazine does beautifully is showcase the wide array of butch identities. Your “about” statement says you feature “butch dykes, butch lesbians, butch women, trans butches, nonbinary butches, and all who love them.” Why do you think the queer world is so afraid to acknowledge the full extent of butchness?

With BINADW, we strive to create visibility and create a platform for ALL iterations of butch folks, to be seen and heard, past, present & future, it’s not for us to say which gender experiences are in alignment with the terminology — it’s up for each individual to decide for themselves whether or not this identity fits. That said, we’re living in a transitionary period of time with regard to the conversation around gender/s. With any transition or revolution amongst the queer community, it is imperative that we do not alienate or shut out folks who paved the way for us to even be able to commence these conversations. Often times, it’s not the information that’s being shared, but the delivery in which it’s being shared that is harmful and threatening. It’s a no brainer, that when you belittle or try to erase someone's history, journey or identity, it will oftentimes be met with anger and pushback. With respect to gender, as awareness & conversation grows, we must make sure not to invalidate others in the process. 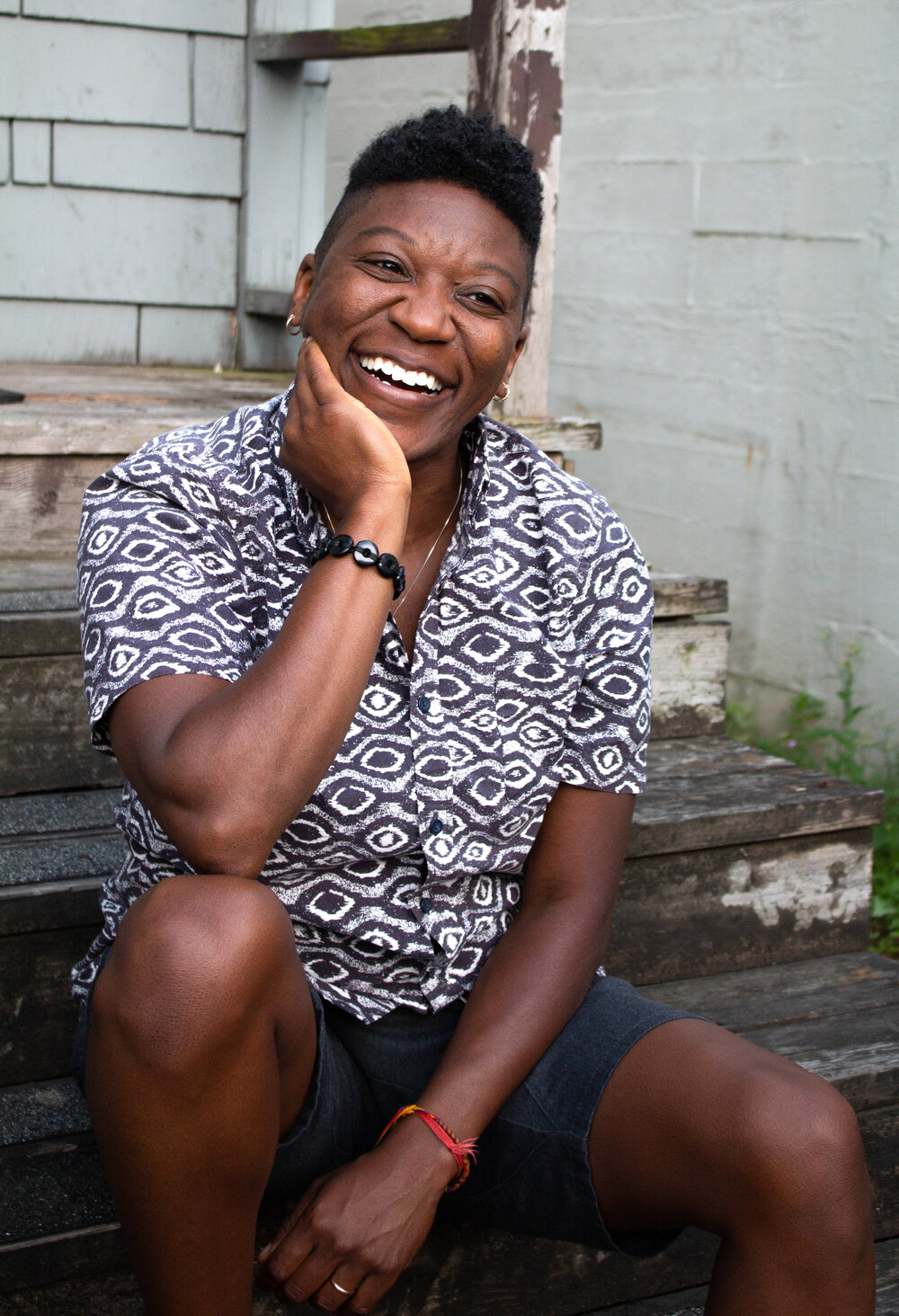 You have to buy the magazine to read it, but can you share a few of your favorite quotes from butches you interviewed to give us a taste?

“I’ve heard that butches were the enemy, the angry unreasonable women that give lesbians a bad name” — Frankie Tuffragettes

“To my disappointment, I found that even after coming out, the queer scene didn’t make me feel much better. My friend group consisted entirely of queer millennials to whom butchness seemed to signify an archaic view of sexuality and gender and the butch identity was seen as outdated and a little embarrassing” — Ciara Stein-Magee

“The pressure to be femme, not just to present in feminine ways or perform femininity, but to literally be femme….is extremely intense for trans women” — Avery Everhart

“We walk around with confidence like nothing fazes us but deep down, the anxiety of being beaten, corrective rape, and death run riot”. — Mantsha Khuzwayo

“Masc-presenting or not, its this skin, its intersection with being butch, and this voice that can often be the source of my body being a target. More often than not, I am mistaken for a black male. And as much as I would love these duelling orbs to be off my body, I do not want to be a black man. When I moved to Portland, locks finally cut, I felt fear in a way I had not experienced before. Yes, more fearful than being in NYC, or Chicago, or being in a foreign country. Fear because here, more often than not, I am mistaken for black male, and they shoot us (not to take away from the lives of our sisters lost as well) and often there is just a pass, almost a judicial nod of permission that is acceptable as it all too often goes without punishment. I think about that in my daily movements in this city and I would be lying if I said it didn’t wear on me.” — Claudelle Glasgow

“Butchness is the only identity that has been able to hold all of me whilst not restraining me, and carries with it a long rich history of radical struggle and love.” — Kal Oleander

“I describe myself as butch now, and some people attempt to draw me from this identity, out of the goodness of their hearts, because to them it signifies something ugly. I have a very feminine face, they say. You’re not that butch they say. But I am.” — Ciara Stein-Magee

“Throughout my whole youth, I used to admire butch identities in silence because I had heard so many bad comments about them. A woman “being masculine” was stigmatized and pointed out as being the worst kind among society.” — M Sin Titulo

“We no longer live in a world where “butch” means one thing or looks one way. And while some members of our community might dig their heels in protest at that, my response is this: how can one cry and scream over the “disappearance of the butch” without allowing the dilapidated walls of the butch identity to be knocked down? How can we sit here and say ‘there are no butches left’ while simultaneously attempting to keep out trans women and nonbinary folks?” — Nick Witherow 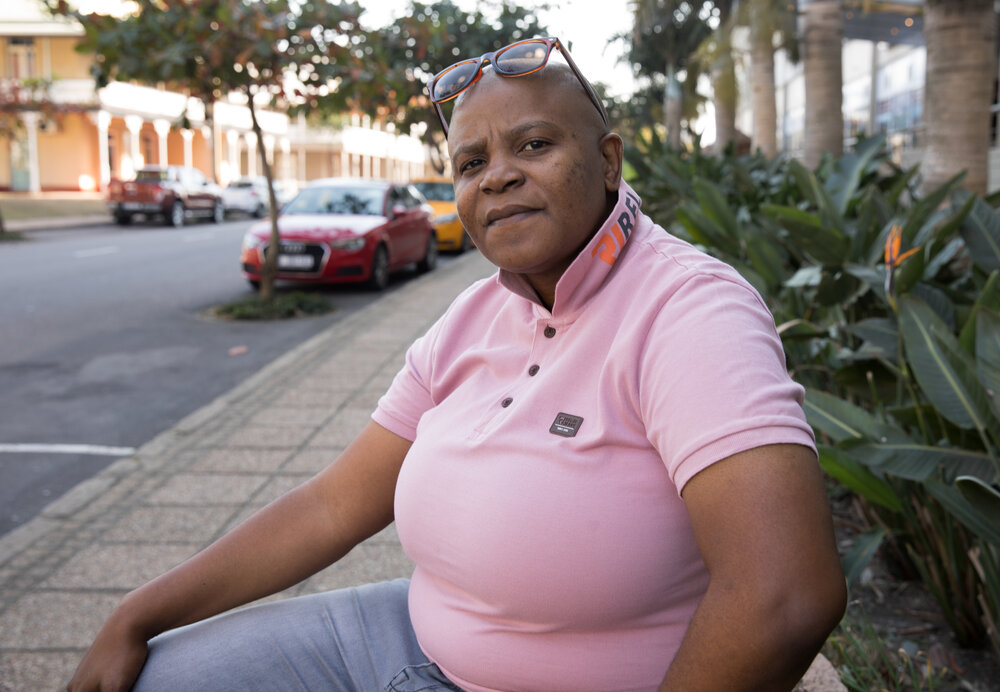 Where do you photograph people? In Australia, or all over the world?

The project began in Australia. The queer & dyke community where I lived definitely did not appreciate or value masculine-presenting (I say women) specifically here only because at that time to be nonbinary or trans masc was deemed to be highly desirable, but to be a masculine woman, was met with revulsion. I had travelled to the USA and found a completely different community attitude to all butches regardless of gender identity, and I wanted to bring this message back to my own city. So what began as a small project, to showcase and make space for the voices of Australian butch folks, over the last 5 years has become a platform that continues to serve this same purpose, but on an international scale. We have included butches from over 12 countries around the globe over the last five years, but unfortunately, financial limitations mean it is more accessible for us to photograph folks in our own cities or close by, which often limits us to Australia & the USA, but our aim moving into 2020, is to be able to pay more queer photographers from other places in the world, to document and present the visual identities and stories from butches in the places that need our help, and would benefit from this visibility the most. We’re actually in the process of creating a patreon with the sole purpose of helping us achieve this vision over the next 2 years. Ideally, we’d like well over 50% of our content to originate from places other than the USA & Australia. 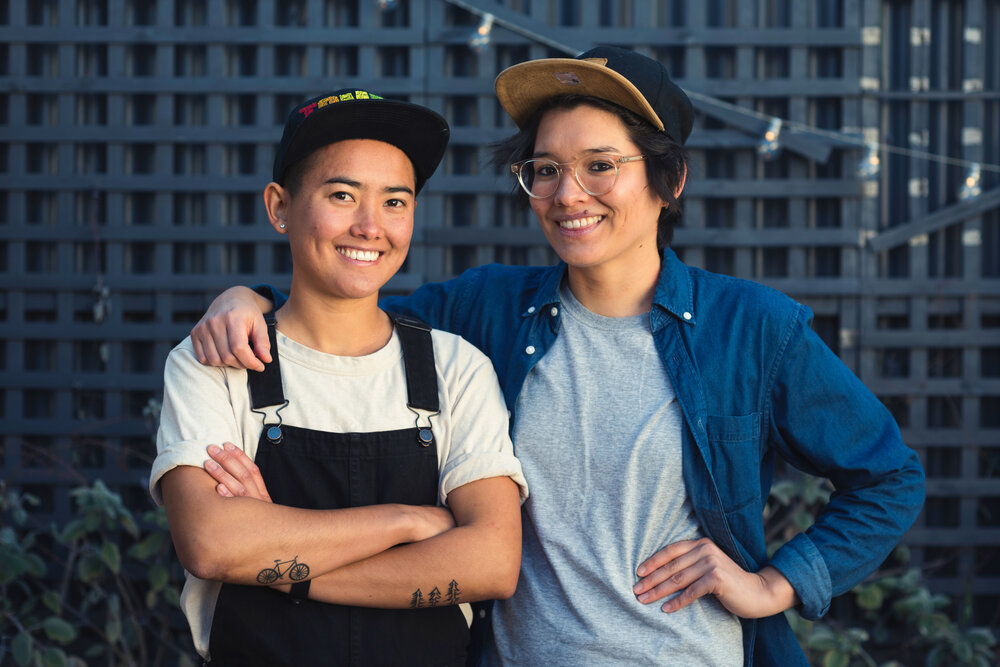 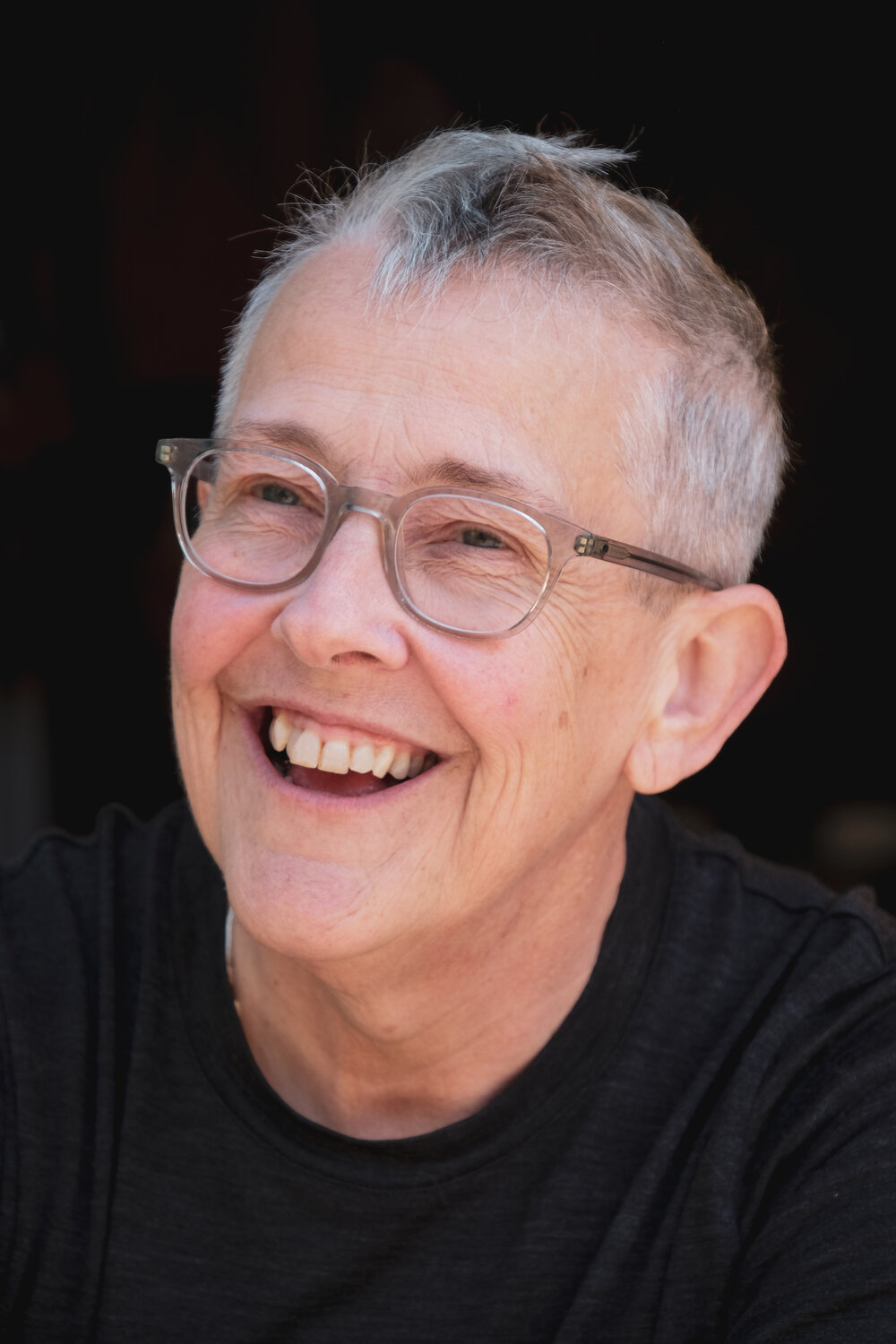 What would you say are some of the biggest issues facing butch people from within the queer community?

Something that’s been the hardest for my own healing journey is seeing how erased we are from lesbian media, both print and on-screen. Whenever by chance, a butch character happens to written into a script, we’re always showcased as immature, emotionally stunted, mentally unstable and with an inability to commit to romantic relationships. The hardest thing for me during my journey (and which people within the Pacific Northwest of America tend not to believe or understand) has been the rejection I have faced from the dyke community in my home city because of the way I present. And I grew up in one of the biggest and most queer-friendly cities in Australia. It bothers me very little when general society disapproves of me, but when my own community would prefer that I and others like me didn’t exist, that’s when it begins to hurt and create a host of mental health issues. I have since moved countries to be able to live and thrive in a queer community space that values my existence. This, however, simply isn’t an option for the majority. This magazine exists to work towards shifting queer & lesbian cultural attitudes towards butch identity as a whole, the world over. 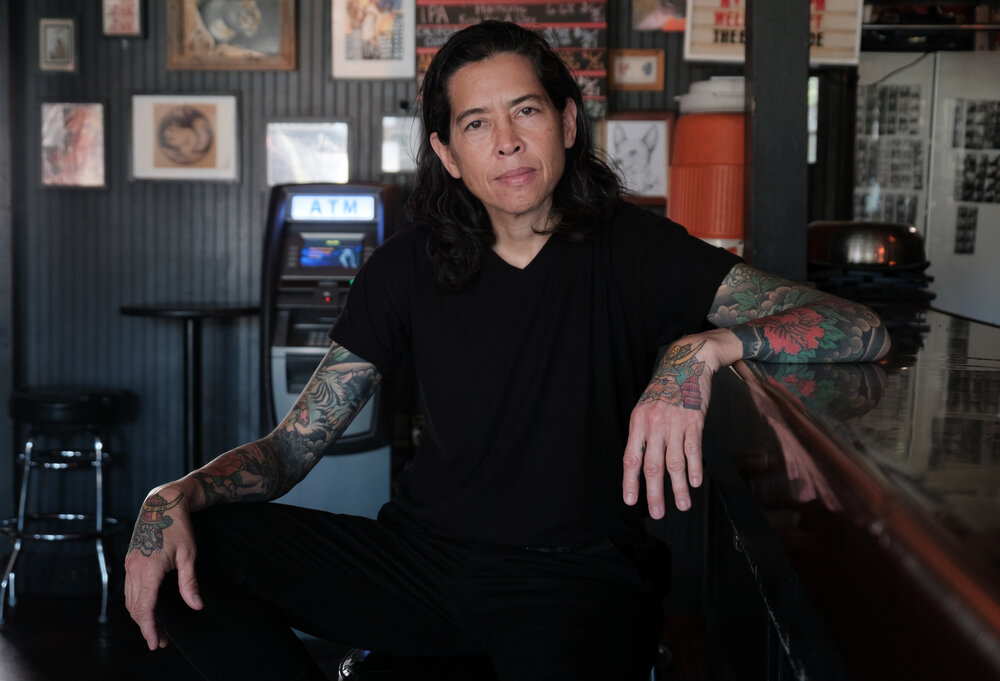 What would you say are some of the biggest issues facing butch people from the rest of the world?

Physical safety is still a massive issue for butch folks who live outside major cities. The fear of being physically harmed or killed for being butch, is not an issue that has passed in most areas of the world. We big city queer folks are so obsessed with moving forward politically at a rapid pace, that we sometimes forget about queers who exist in the rest of the world, who desperately need our help just to get to the same place that we in larger cities & more LGBTQA friendly countries arrived at two decades ago. 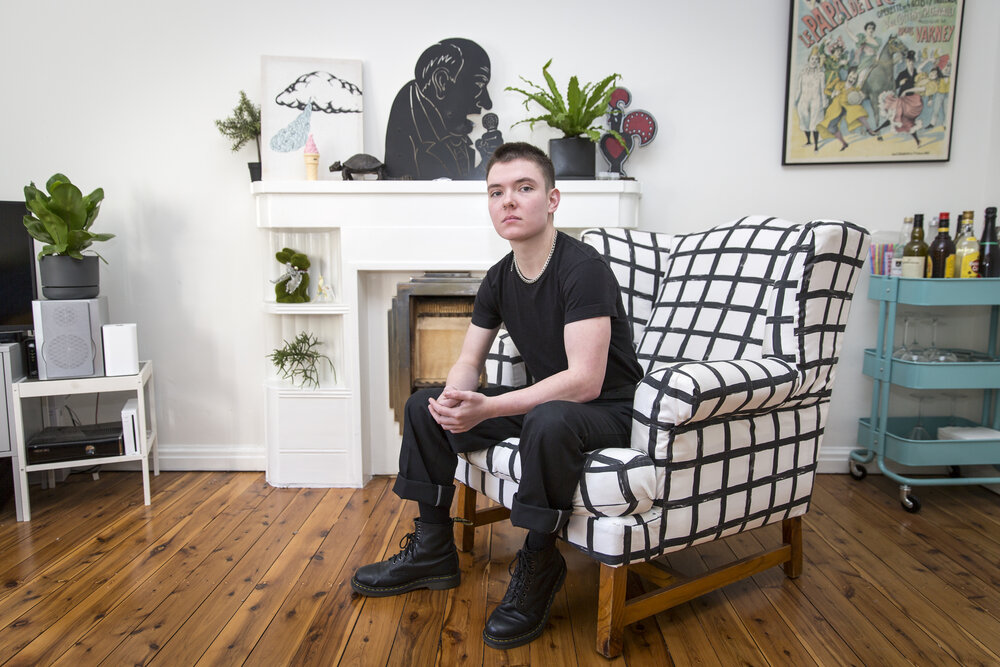 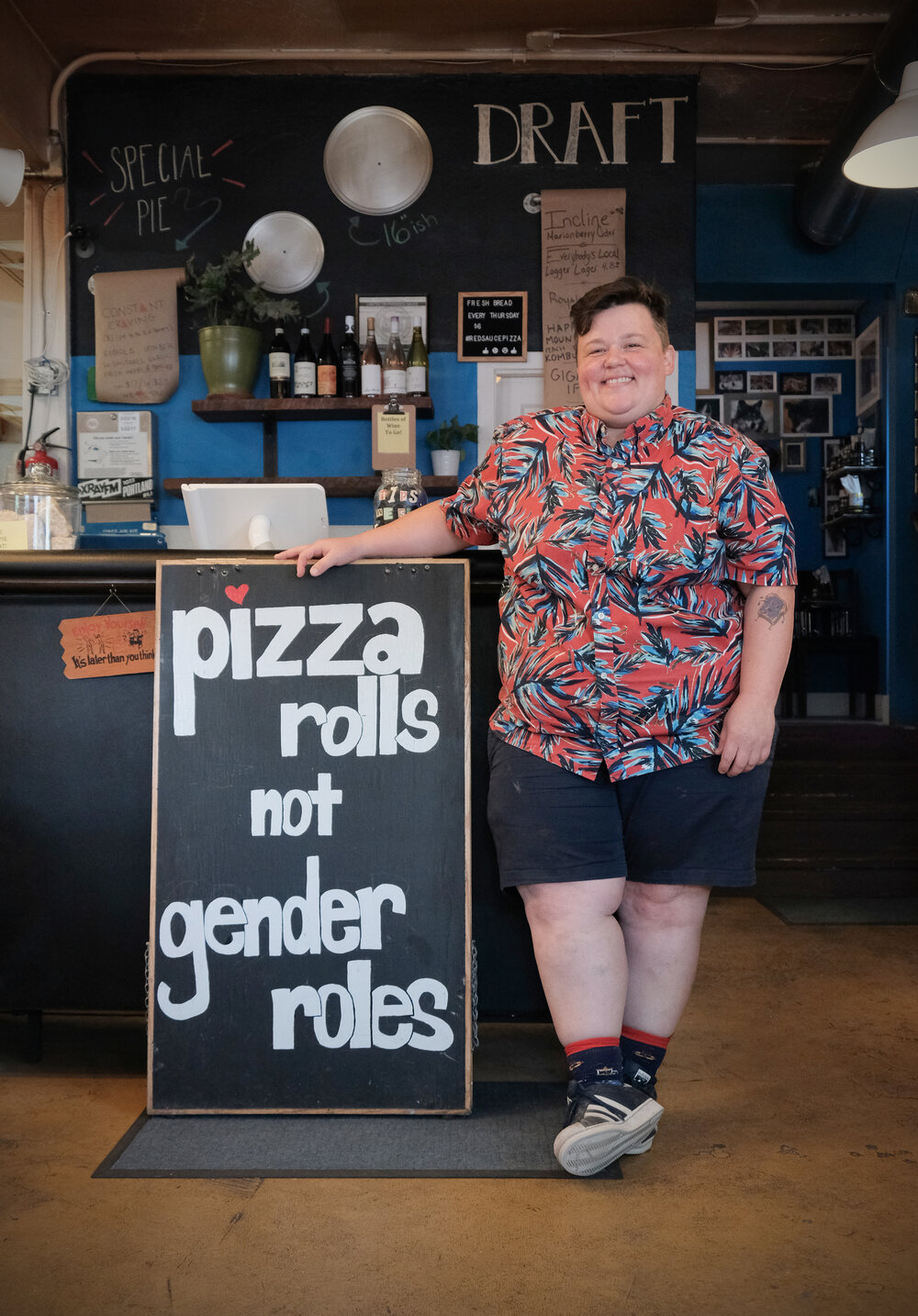 Tell us about butchphobia. What is it, and how can we help fight against it?

Butchphobia is loudly exclaiming your exclusively sexual preference for femmes, to avoid the shame of someone assuming you may actually ever be attracted to one of “those” kinds of dykes.

Butchphobia is laughing at the identities and experiences of elder butches.

Butchphobia is insinuating that butchphobia should be last on the list of things to address by invalidating a conversation with instant remarks pointing to other kinds of invisibility amongst our community that should also be addressed (before acknowledging the conversation at hand).

Butchphobia is assuming male privilege and toxic masculinity, essentially excluding being masculine-presenting from the experience of being a woman.

Butchphobia is not being acknowledged in public spaces.

Butchphobia is not being served before other patrons at a cafe or restaurant even though you arrived before them.

Butchphobia is being treated like a 12-year-old boy in public when you’re a fully grown-ass adult.

I could go on… 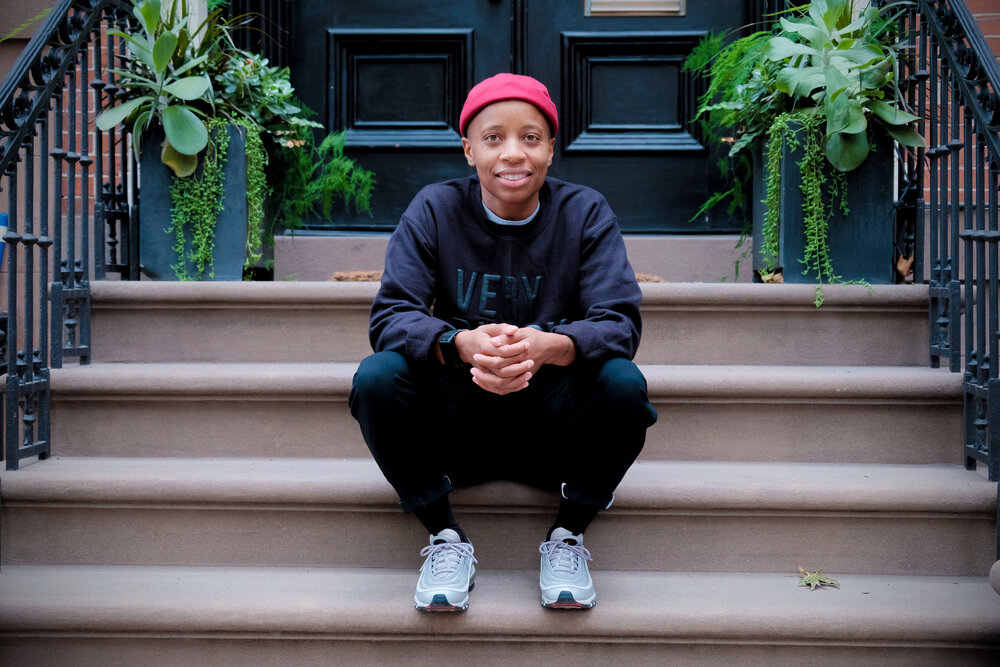 How do you wish butchness was portrayed in media?

First of all, I wish it was portrayed at all .... Secondly, I wish it was with characters and folks that younger butches could look to for guidance. You cannot be what you cannot see. It took me until 26 years of age to see the first butch I felt excited and capable of emulating. And I wish ALL iterations of butch folks were represented, not just the white, male passing, conventionally attractive, skinny, tattooed, and muscly ones. 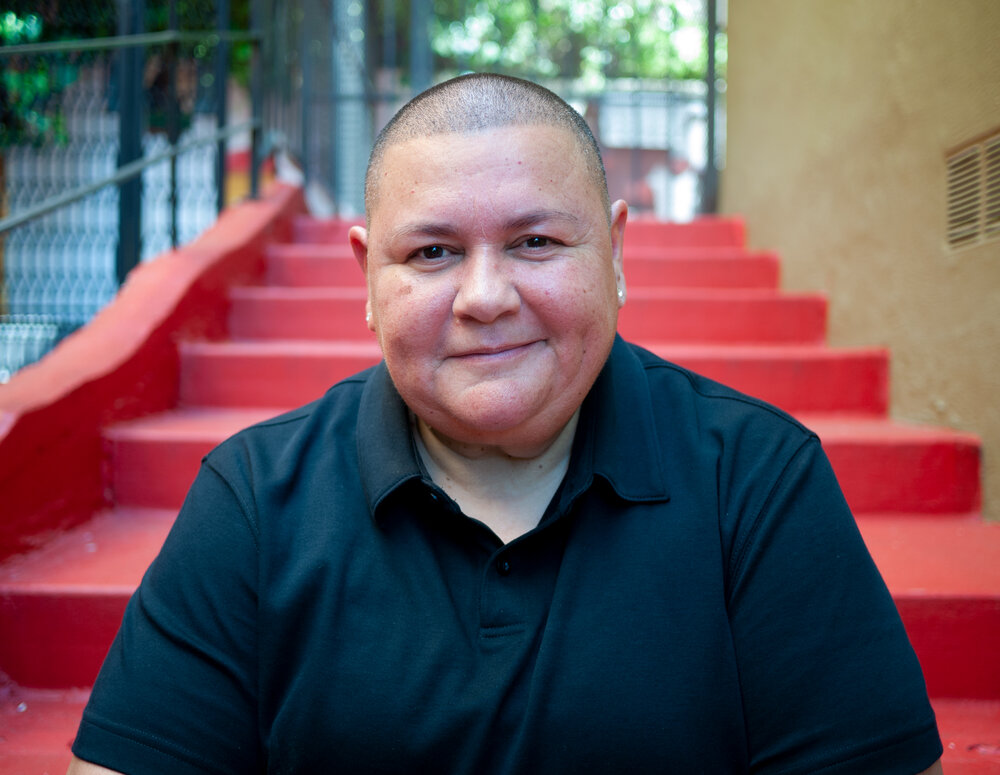