Activist, author and amateur boxer, Janaya “Future” Khan has dedicated their life to demanding social transformation and equality through education and community organizing. Known for their bold approach to social justice work, Khan is co-founder of Black Lives Matter Toronto and International Ambassador for the #BlackLivesMatter Network. 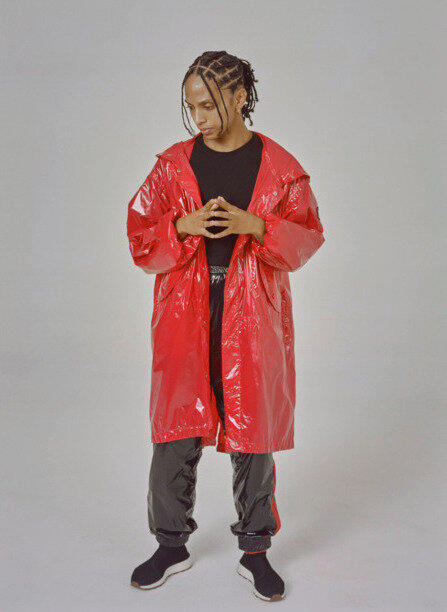 If you have ever had the honor of seeing them at any of their numerous speaking engagements, come across any online features such as their StyleLikeU or The Cut interviews, or just peeped their Instagram, you are well aware of Khan’s impeccable sense of style. While fashion and activism may not seem immediately aligned, the two have a long history. In fact, the term “fashion activism” was coined by New York based Lebanese-Canadian designer Céline Semaan Vernon with reference to the practice of using fashion as a protest vehicle to promote social and political change. 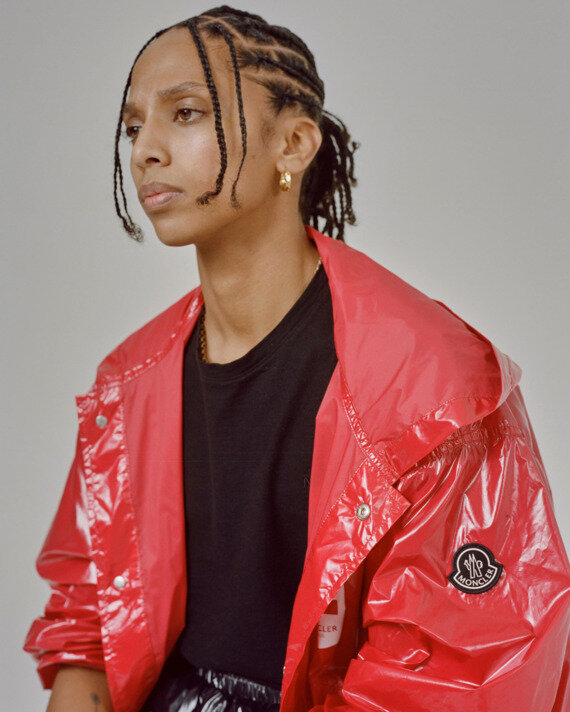 The Black Panther Party is a prime example. The revolutionary political organization influenced the rise of anti-capitalist and anti-war movements, called for social awareness, race and gender equality, addressed food injustice, and created health clinics for education and disease treatment. All of this was accomplished with party members dressed in the unofficial BPP uniform comprised of a black leather jacket and black pants topped with a black beret, afro, and dark sunglasses. This iconic look influenced culture and fashion throughout the party’s active years and continues to do so today. Other examples of fashion activism include the mini-skirt of the 1960s (a symbol of feminine revolution and defiance), slogan (and often subversive) tees and the iconic Che Guevara beret. And just as the words ‘Black Lives Matter’ grab attention and challenge the status quo, so do Khan’s clothing choices. In their own words, their style presents a “moral and spiritual challenge on the limits of gender, narrow minds, and shallow hearts.”

I sat down with Khan to discuss their style and the role their fashion choices play in their life.

What are you inspired by?

Inspiration is something to be celebrated but not relied upon. In my work as an activist, inspiration is not a thing that sustains real change, but it is a great way to start it. That is a personal rule for myself. Outside of that, I am inspired by grit, my mother, Toni Morrison and people young and old who reject the status quo. I am inspired by the liminal, the spaces in between things, the spaces in between masculinity and femininity. I am inspired by audacity. Naturally, that means much of my influence comes from the margins, from those who embody the in-between spaces. Finally, a good book. 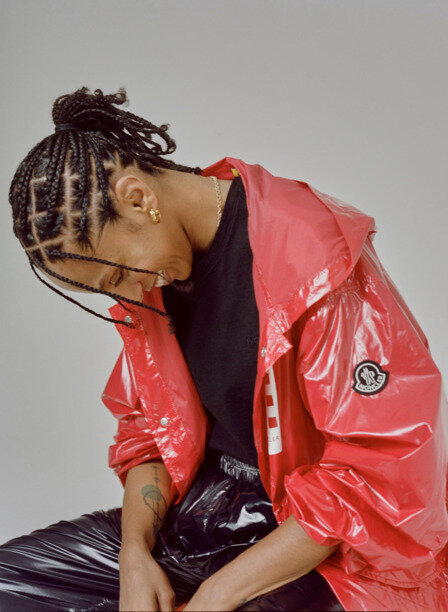 What do you believe your clothing choices say about you?

When you are queer and/or trans and/or nonbinary, you are constantly grappling with the way you see yourself versus the way the world sees you. I focus less on what my clothing choices say about me and more about what I want to say to myself. My clothing is a reflection of that inner dialogue. I used to feel like I needed to negotiate the kind of body that I have-  whether to take attention away from my chest or whether I should wear particular things that made my body look more or less streamlined. Now, I am much less motivated by that. I don’t know what people see, but I know what I feel. When I put certain things on, I know how they feel on my body. Right now, I am big on oversized hoodies, baggy jeans with a taper, and metallic sweatpants. These choices communicate a personal journey on audacity, boldness and repudiation of negativity.

How do you describe your personal style?

I  think of my style as a parable. In a way it is simple, but also illustrates a deeper moral and spiritual challenge on the limits of gender, narrow minds, and shallow hearts. I like utility in my clothing. I like things that are visually striking, whether that’s asymmetrical cuts in all black. I like to play around with textures and more recently metallic, bright, shiny materials. I like the idea of clothing as armor, expression and uniform.

What is the one clothing item that you cannot live without?

What is your favorite look right now?

Tailored trousers with a chunky Black boot and white tee. Also, baggy jeans paired with an oversized leather jacket and hoodie. I am keen on bold pants, whether two-tone jeans or metallic sweats paired with a plain black or white tee.

Who are your current favorite designers?

What is coming up for you this year? What are you currently working on?

My focus this year is truly giving space to myself as a creative. The elections are on everyone’s mind, mine included. And while I am going to fight like hell to ensure the right nominee is selected and then victorious, I am deeply concerned with what to do with all the hateful ideologies and rollbacks of civil protections when there is a serious and right-wing agenda in the Supreme Court. I believe that the job of the activist is to make the revolution irresistible and as a creative, I can tap into new skills and old to ensure that we are influencing every level needed to fight back from storytelling to content creation to protest.

Photos curtesy of The Cut