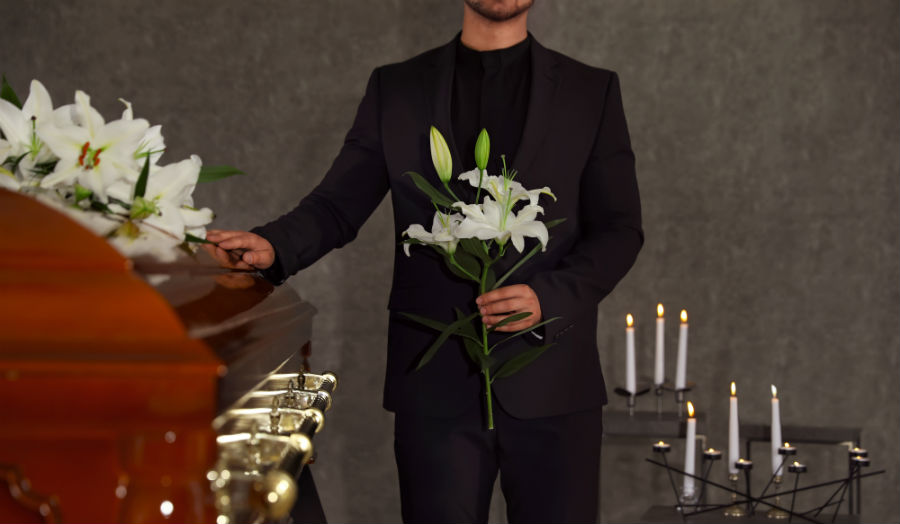 A private investigator in Australia says a gay man hired him to out him at his funeral. His client was a biker who was too fearful to reveal his sexuality to his family and friends while alive.

The investigator, Bill Edgar, 51, lives in the Gold Coast, Queensland. He has made a name for himself as the so-called “Coffin Confessor.”

He says his unusual line of work began when ill clients started to ask him to do home sweeps when they were taken into hospital. This involved going to their homes and removing any embarrassing items or documents.

He told the Gold Coast Bulletin, “Sometimes when people fall ill and are taken into hospital, it’s not clear that they will come back out.”

However, one client then went further. Knowing he was going to die from cancer, the 79-year-old man asked Edgar to attend his funeral and give mourners a few home truths.

He instructed Edgar to stand up and inform some of those gathered that the deceased wouldn’t have wanted them there and to ask them to leave. He was also to tell his former best friend, due to deliver the eulogy, that he knew he’d tried to seduce his wife.

Edgar did as he was instructed, to the shock of most of those attending the funeral. 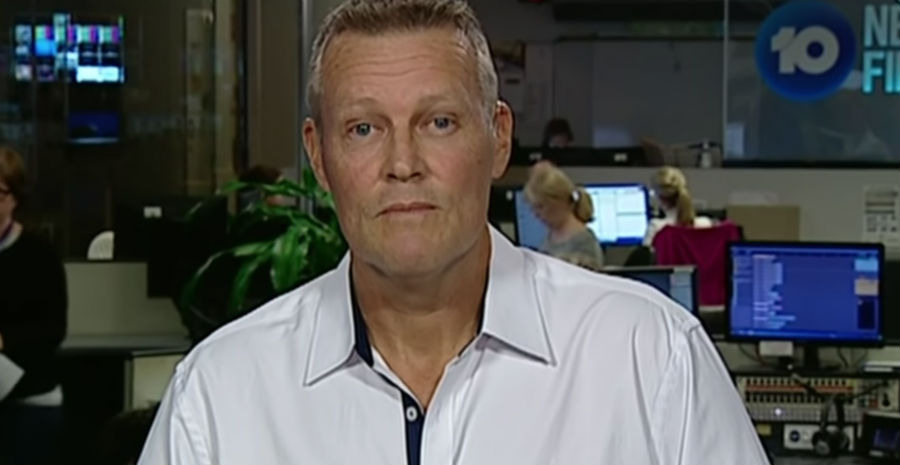 That was in January 2017. Since that time, after hearing of Edgar’s ‘funeral crasher’ services, others have commissioned him. This has included a woman in her 70s wanting Edgar to inform her husband she’d been having affairs for quite some time behind his back, and outing the aforementioned man after his death.

Related: Whitney Houston comes out after her death. Again.

Talking to Queerty via Skype, Edgar revealed more about the 47-year-old gay “bikie” (Australian slang for biker) who hired him. He says the man, who he has not named, contacted him when he knew his illness was terminal.

“First off, he asked me if I could gate-crash his funeral and tell some home truths about some certain people in his family that he didn’t want there. He also asked me to reveal that he was gay.

“There were many people there who may have questioned his sexuality, and he was just putting it straight to them that he was [gay], and his lover was in the audience and was one of the mourners, but they weren’t going to know who it is. His last request was to have his motorcycle pushed into his grave on top of his coffin, and then all the boys filled it in.”

Edgar says when he interrupted the funeral, he was initially told to “f*ck off.”

Did Edgar know who the man’s lover was?

“He approached me later on, yes. I didn’t know who he was at the time. He was very grateful, very upset and emotional, and he said he had spoken to his lover for a long time about his death and how he was going to do his funeral.

“He was shocked at the way it was done, but at the same time, he was gobsmacked and loving it. It was like a little message to the whole crowd, but mainly to him. He said ‘It really hit me in the heart.’”

Related: ‘Nurse Jackie’ actor comes out as gay… and a bottom

Some will ask if it wouldn’t be better for people to tell others their thoughts and feelings before they died. Indeed, Edgar says he also had that attitude at first, “But I’ve got to say, I’ve seen how people act when someone’s knocking on death’s door and they can be very selfish. It’s like a loved one flicks a switch and they turn into monsters. Like vultures. It’s terrible.”

Edgar charges for the funeral crashing service. Although won’t specify fees, he says he’s charged up to $6,500 (AUS$10,000) before, saying it can involve travel all over Australia. Couldn’t people just write their loved ones a letter or leave a message in their will? It seems so dramatic to hire someone to interrupt a funeral.

“It’s their funeral, and I’m not there to respect the living,” Edgar replies. “I’m there to respect the dead, and it’s the only way the dead know something will be done. If you leave it up to someone else, they know a family member isn’t going to get up and read what they’ve left.

“So I say, ‘OK, you tell me exactly what you want said.’ We write it down together or I video it, and I stand up and say it and make sure it’s said. And I’m separate from the loved ones, the mourners, the family and friends. I’m a nobody. But I’m acting in the best interests of the person in the coffin.”

That said, Edgar says he was still surprised to be asked to out someone as gay.

“I thought we were in different territory,” he says, still genuinely taken aback. “We’re in 2020, for fuck’s sake… so many people are still scared of coming out. I guess I do find it difficult to understand why a lot of people don’t come out when it’s just the norm these days. I didn’t think it was so private or secretive, but it seems it still is.”

Related: Veteran TV host comes out as gay after 27 years of marriage

Edgar first hit the headlines for his unusual services last year and says he’s seen an increase in demand since that time. He says he’s been paid to crash 17 funerals and conducted 34 home sweeps. However, he’s keen to stress that most of the time, he’s asked to fulfill more pleasant requests on behalf of the deceased.

One woman hired him to send a letter every month to her husband, after her death, telling him she loves him and will not forget him. He says he’s often asked to do things to commemorate special anniversaries.

For Valentine’s Day last week, he was hired by a man who died in 2018.

What he won’t do is cross any legal lines. One man, dying of pancreatic cancer, said he wanted his dog to be put down, so they’d die and “be in heaven together.” Edgar refused that particular request.

He also says that if someone tells him about committing a serious crime, he’d have to report it. He’d also never assist someone in ending their own life.

Until a person learns they have limited time left, it’s impossible to know how they will react to the situation, or what final arrangements they’ll want to make – or who they’d trust to fulfill them. Edgar’s services have certainly caught some people’s imaginations. He’s now in talks with producers about potentially turning his experiences into a screen drama.

The Daily Dose: An Oscar-winning evening with a legend

WATCH: ‘Masterchef’ winner proposes to his boyfriend on national TV