‘Vida,’ ‘Bravest Knight’ among new shows you may have missed 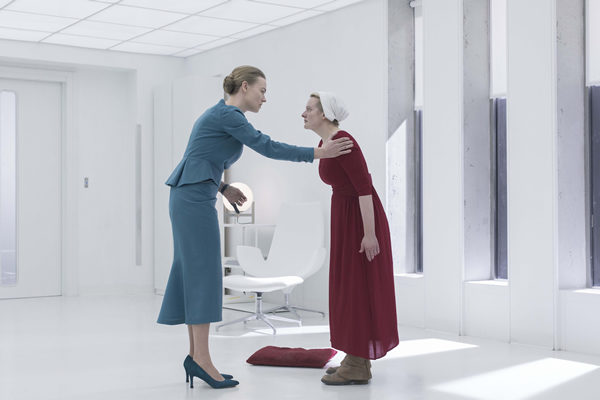 New television releases were fast and furious this summer, especially during Pride month. Before the fall season is underway, here’s a quick guide to some of the LGBT programming you may have missed.

“Euphoria” is firmly grounded in the old and the new. The style and content are ripped from the Internet’s most lurid headlines, but the feeling hearkens back to the teenage alienation movies of James Dean and John Hughes.

High school junior Rue Bennet (the stellar Zendaya) is the spiritual granddaughter of Tennessee Williams’ Brick Pollack, searching for the “click” that will make the outside world fade away. She’s part of the generation that was born after the 9-11 bombings and is growing up with the ubiquitous presence of social media, the ready availability of powerful drugs and dizzying new possibilities for the expression of sexuality and gender.

But while the premise is promising, the execution is flawed and the new eight-episode series from HBO lacks momentum. The acting is terrific, but the writing is uneven.

The verdict: although “Euphoria” has already been picked up for a second season, there’s not a lot of reason to spend time with the first. Given the intensity of each episode, binge-watching is not recommended.

Under the watchful eye of creator Tanya Saracho, season two of “Vida” on STARZ lives up to the award-winning standards of the inaugural season. Passionate, stylish and intelligent, the series offers powerful representations of Latinx culture and a rich celebration of complex Latinx women.

Lyn and Emma Hernandez (Melissa Barrera and Mishel Prada) are coming to terms with the death of their mother Vida and the revelation that she had a “lesbian husband” named Eddy (played by non-binary actor Ser Anzoategui) and that her businesses were on the verge of bankruptcy.

The verdict: The acting is superb and the writing is sharp. The nuanced exploration of female empowerment and sexuality is fascinating and powerful. Binge-watching recommended.

On a more family-friendly note, “The Bravest Knight” is dropping new episodes on Hulu. Based on the book by Daniel Errico, the charming animated series weaves together the youthful exploits of Sir Cedric and his Prince with the training of their daughter Nia, a “Not-Yet-Knight.”

The voice cast (led by out actor T.R. Knight) is terrific, the animation is colorful and lively and the show presents issues of diversity in an age-appropriate and matter-of-fact manner.

The verdict: each bite-size episode is the perfect treat for the entire family.

Netflix is streaming both classic and new versions of stories from Armistead Maupin’s iconic “Tales of the City” series. The classic episodes, based on the first three books in the nine-book series, were originally shown on Showtime. The new Netflix episodes are an awkward attempt to update Maupin’s story, creating contemporary plotlines (and new backstories) for Maupin’s beloved characters.

The stories center on the residents of an apartment building at 28 Barbary Lane in San Francisco owned by Anna Madrigal (Olympia Dukakis). Over time, her tenants include Mary Ann Singleton (Laura Linney), Brian Hawkins (Paul Gross) and Michael “Mouse” Tolliver (Murray Bartlett in the new version).

Given the excellence of these actors and the richness of Maupin’s characters, there are scenes in the new version that sparkle, especially those that feature Mary Ann. In both the Showtime and Netflix episodes, Laura Linney is luminous as the lovable but prickly Mary Ann, giving a brave transparent performance. It’s the perfect marriage of actor and character.

Unfortunately, most of the new material is leaden and the rest of the cast seems adrift.

The verdict: like the botched release of New Coke in 1985, it’s best to stick with the classic version and pretend that the new version never existed.

Finally, Hulu is dropping new episodes of season three of “The Handmaid’s Tale.” Based on the best-selling dystopian novel by Margaret Atwood, the popular series has proven to be an eerie mirror of contemporary political life in the United States.

In the near future, environmental disasters have rendered most women infertile. A theocratic coup has overthrown the government of the United States and established a brutal regime called Gilead; fertile women are forced to become Handmaidens, surrogate mothers for the powerful Commanders and their wives.

Season three follows immediately in the wake of season two and continues to explore the growth of the resistance, the psychological toll of living under the totalitarian regime in Gilead and the lingering impact of the past on the present. The strong ensemble cast continues their flawless work. The writing is outstanding and the cinematography is stunning.

The verdict: Fans of “The Handmaid’s Tale” will not be disappointed by the developments of season three and can now anticipate the publication of “The Testaments,” Atwood’s follow-up to the original novel. New fans may want to start with season one to savor all of the details in this great series. Binge-watching is not recommended. The emotional and intellectual impact of each episode can be overwhelming.