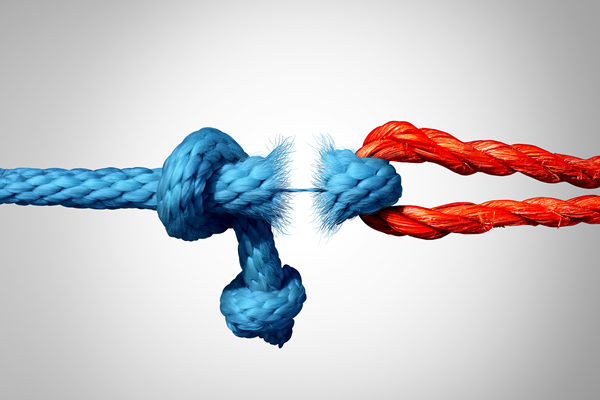 I just lost a very important friend and I’m feeling like the rug has been pulled out from under me.

Gabe was my husband Peter’s best friend from when Peter first came out. He was so important to me because it’s always been hard for me to make friends.

Gabe lives in San Francisco with his husband. From across the continent we’ve celebrated each other’s lives through visits, FaceTime and postcards whenever any of us would travel. Gabe and I also regularly kept in touch on Facebook, updating each other on how each couple was doing.

I looked up to Gabe. We shared a love for cooking. He’s an amazing chef and was always glad to help me with advice when I was working to put together a special meal. I came to regard him as a brother.

A few months ago, Gabe and I had a terrible fight. My husband and I were visiting Gabe and his husband, and Gabe started asking Peter how his job was going. Unfortunately Peter was laid off a while back and hasn’t wanted to tell anyone as he continues to job hunt.

Peter tried to deflect the conversation and when Gabe persisted I kept trying to change the conversation back to the amazing day we had just spent in Napa. Gabe exploded at me for interrupting, called me rude and told me I was boring!

After having spent the day drinking, I responded to Gabe in kind and the evening ended badly.

I woke up early the next morning feeling incredible rage. I wrote a letter to Gabe expressing my anger and telling him why his behavior stung so much — because I loved him like a brother. I also unfriended him on Facebook. By the next day he had blocked me on Instagram. Since then, he has not replied to my apology email or my friend request on Facebook.

I’m still very sad. I adored him. I was just trying to help get Peter off the hook.

I’ve been in this situation before and know that lost friends don’t come back. Now that Gabe is gone, I realize how isolated my husband and I are. The milestones in our lives will go largely unnoticed since we now live in a rural area with few friends.

The loss has brought me back to how I felt so many years ago when I was painfully alone. Any advice?

You say you’ve been in this situation before. Did previous friendships similarly end under angry circumstances? If the latter, you would be especially wise going forward to do a better job not to lash out in haste when someone you care about treats you badly.

Here’s an alternative: Before responding when you’re upset, take a moment to calm yourself and thoughtfully consider the big picture: What the other person means to you, the possible consequences of your lashing out and how you could address the issue that’s distressing you without nasty retaliation.

You might even consider possible reasons for their outburst. Sometimes, understanding where the other person might be coming from can help us keep a grip on ourselves.

Of course Gabe had a big role in the fight. But when we let ourselves go down to the other person’s level when they’re out of control, things are way more likely to get super messy than if we keep behaving in a way that we respect.

While Gabe is gone from your life, you’re likely to encounter other situations going forward where you feel “provoked” into bad behavior. Use these as opportunities to get a grip on how reactive you can be.

With regard to your loneliness: I understand you weren’t able to make friends early in your life, but you haven’t told me why. Maybe you have some social anxiety. Maybe growing up you weren’t comfortable being gay, or weren’t treated well because you were gay or for some other reasons. Maybe you are just a little too quick to take offense and lash out.

Whatever the reason, there’s little point in lamenting and your past needn’t dictate your future. But from your letter, it sounds like you’ve got work to do in terms of working on your own behavior and challenging your pessimism.

Yes, making good friends can be difficult in adulthood. I regularly hear this from clients. But what choice do you have, other than to work at it? If you keep in mind that making friends is seldom a quick process, the disappointments that you’re bound to encounter may be more tolerable.

Two final questions for you: It sounds like alcohol influenced both Gabe’s and your behavior. How big a role does alcohol play in your life? Might it be impacting both your mood and your ability to pursue and maintain friendships?

Michael Radkowsky, Psy.D. is a licensed psychologist who works with gay individuals and couples in D.C. He can be found online at michaelradkowsky.com. All identifying information has been changed for reasons of confidentiality. Have a question? Send it to Michael@michaelradkowsky.com.