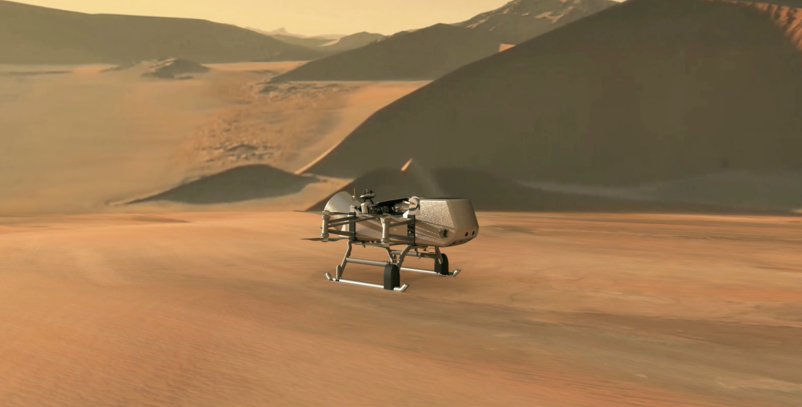 A new mission involving a drone-like lander will explore the surface of Saturn’s moon Titan. The mission — called Dragonfly — received a coveted funding slot from NASA’s New Frontiers program, which funds ambitious missions to explore objects in our Solar System.

The Dragonfly mission will send a dual-quadcopter the surface of Titan. It will look like a drone, with eight rotors helping it soar across the moon’s surface for tens of miles at a time in under an hour.

It will make one of these ‘hops’ about once every 16 days, spending a lot of time sampling the surface, and observing the weather. The mission is being led by Elizabeth Turtle of Johns Hopkins University Applied Physics Laboratory.

Dragonfly will launch in 2026 and arrive in 2034. The rotorcraft will fly to dozens of promising locations on Titan looking for prebiotic chemical processes common on both Titan and Earth. Dragonfly marks the first time NASA will fly a multi-rotor vehicle for science on another planet; it has eight rotors and flies like a large drone.

It will take advantage of Titan’s dense atmosphere – four times denser than Earth’s – to become the first vehicle ever to fly its entire science payload to new places for repeatable and targeted access to surface materials.

Titan is an analog to the very early Earth, and can provide clues to how life may have arisen on our planet. During its 2.7-year baseline mission, Dragonfly will explore diverse environments from organic dunes to the floor of an impact crater where liquid water and complex organic materials key to life once existed together for possibly tens of thousands of years.

Its instruments will study how far prebiotic chemistry may have progressed. They also will investigate the moon’s atmospheric and surface properties and its subsurface ocean and liquid reservoirs. Additionally, instruments will search for chemical evidence of past or extant life. 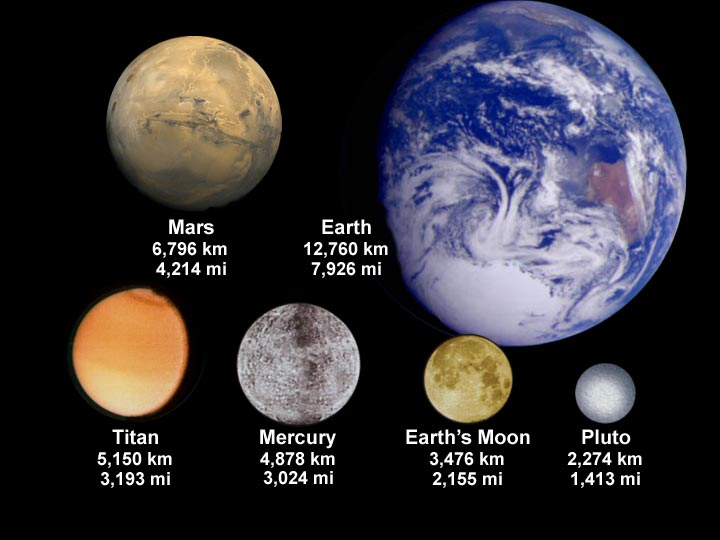