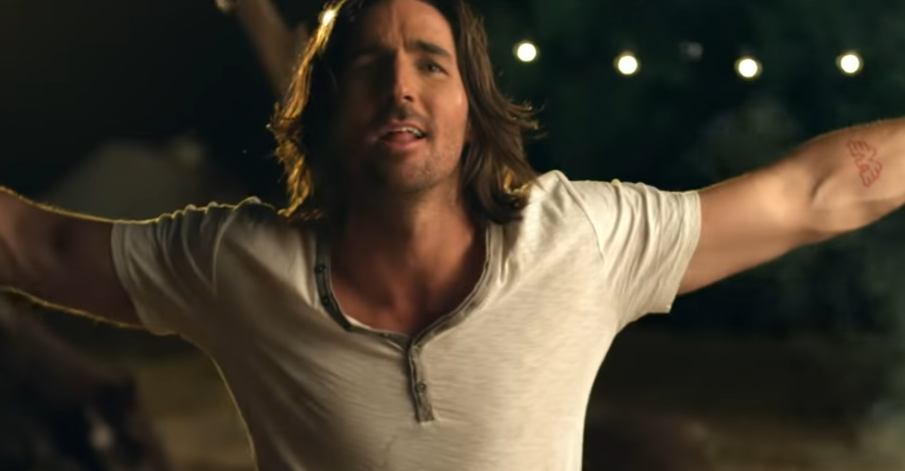 Jake Owen, who recently had his seventh No. 1 single at country radio, is at the top of the charts with a lot of gay country fans now that he’s expressed his solidarity with the LGBT community — a move that doesn’t come without at least some controversy among the genre’s fan base.

His cheeky way of coming out of the closet as an LGBT ally was to work up a Cher cover. “I Googled ‘gayest’ songs of all time, and the boys and I decided to put our country spin on Cher’s ‘Believe.’ Hope you dig,” he wrote on Instagram, providing context for this bluegrass-based, banjo-fueled addition to a series of cover songs he’s put up on social media.

Hit the link for more, including about how Owen handled a Christian troll in the comments of the post below.

I believe #loveislove Some of my closest friends and coworkers, are part of the #lgbt community and I couldn’t be more happy for the progress they have made. I’m inspired by people loving people no matter who you are. I BELIEVE the world needs more love. No matter where it comes from. So with that said, I googled “gayest” songs of all time and the boys and I decided to put our country spin on Cher’s “Believe.” Hope you dig. I plan on releasing all of these backstage random songs we’ve created very very soon. Stay tuned friends, and most importantly, love everyone.

@lukasbracewell adding his incredible talent and love the

The post Country Star Comes Out As LGBT Ally With Cher Cover He Found By Googling The “Gayest Songs Of All Time” appeared first on Joe.My.God..