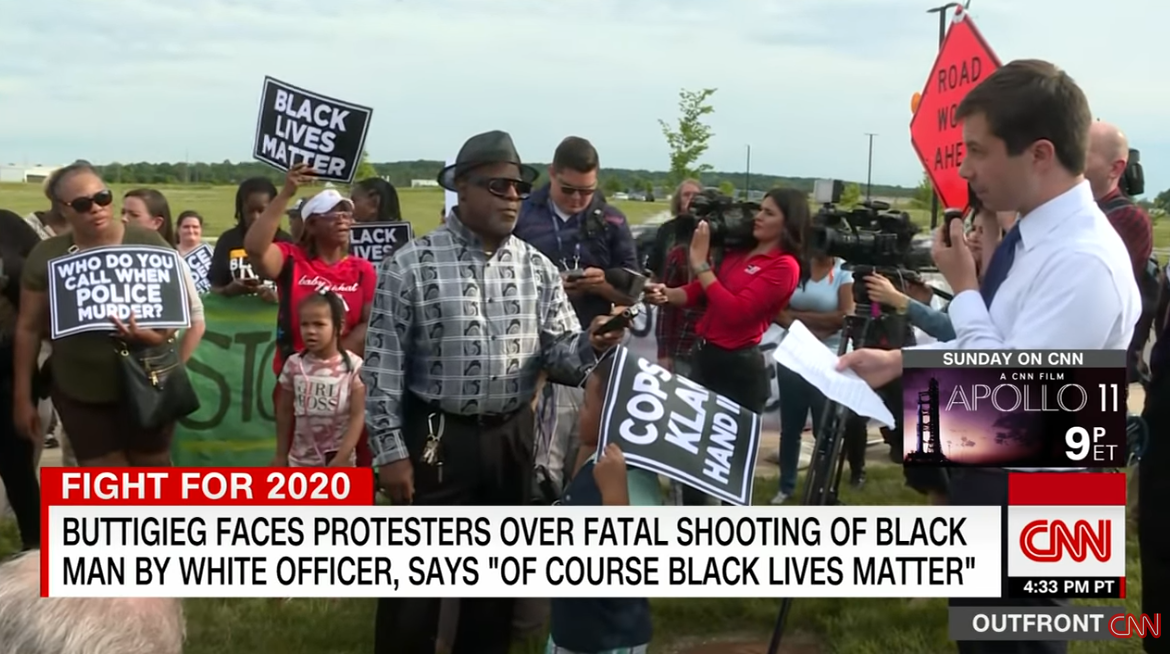 While his 2020 rivals mingled with large friendly crowds at a Democratic fish fry in South Carolina Friday night, Mayor Pete Buttigieg found himself somewhere very different, wading into an emotional knot of protesters at the South Bend Police Department, some of whom cursed him, interrupted him and shouted a list of demands through a megaphone feet from his face.

Mr. Buttigieg abruptly pulled himself from the presidential campaign trail on Friday for a second time this week, after a South Bend police officer fatally shot a black man last weekend. At a time when candidates prefer their events as staged and predictable as possible, the result was a chaotic show of raw emotion and anger with grieving black residents shouting down the preternaturally calm 37-year-old mayor.

Buttigieg told protesters in his city on Friday that there will be a review of the police department after a white officer shot and killed a black man without his bodycam on. “I’m not asking for your vote,” Buttigieg told one protester, who responded “you’re not going to get it.”

“I’m not asking for your vote,” Buttigieg responded. “I will promise that there will be a review to make sure that there is no racism on this department and that it will be independent.”

“We’re not going to make promises we can’t keep. We’re not. But I will do everything I can if we work together to make improvements,” Buttigieg said. “We gotta fix this in our lifetime. If we don’t, America will fail in our lifetime.”

“And so as long as I am mayor, I will listen,” he pledged. “And so long as I live, I will work on this. Because this is my community too. And shame on all of us if we don’t make it better.”